Shadow of the Panther Slot Review

The Shadow of the Panther slot UK is an intriguing slot game by High 5 packed with exciting features like a Wild, split symbols and super stacks. It has a 5 x 3 playing field with 30 flexible paylines and you can choose from among groups of 1, 5, 9, 15, and 30. Winning combos are made up of sets of similar symbols appearing adjacent to each other in three to five reels.

The five reels and three rows of Shadow of the Panther online slot are populated by amazingly detailed symbols that include ornate jewellery with precious stones resembling the eyes of a big cat set into an intricately carved silver setting. The higher reward symbols include the leopard, jaguar, and panther, and the hero of the game itself — the part man, part panther. These four symbols also appear as double symbols that could lead to higher wins. The Wild symbol is depicted in a blue font with two panther eyes peering out. The Wild can substitute for any other symbol on the reels, apart from the Scatter. The Scatter is a statue of a man with the head of a panther. It can also appear as a twin symbol, with two effigies on one symbol.

Shadow of the Panther  Bonus Features 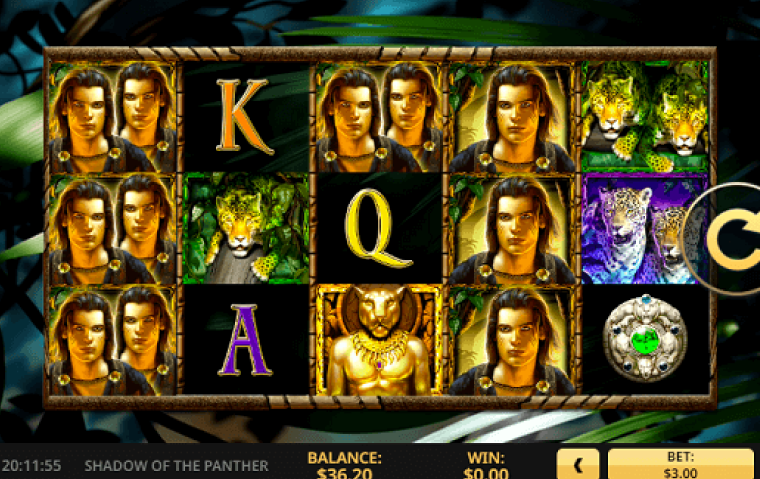 Shadow of the Panther slot machine has enough features to make the game exciting and worthwhile for the players. All of them lead to even bigger wins.

This includes reels with stacked symbols. They can only multiply into four symbols: the man, panther, lion, or jaguar.

The split symbols are the four big cat symbols and the man. They act as two separate symbols that let you win high virtual payouts for your efforts.

How To Play Shadow of the Panther 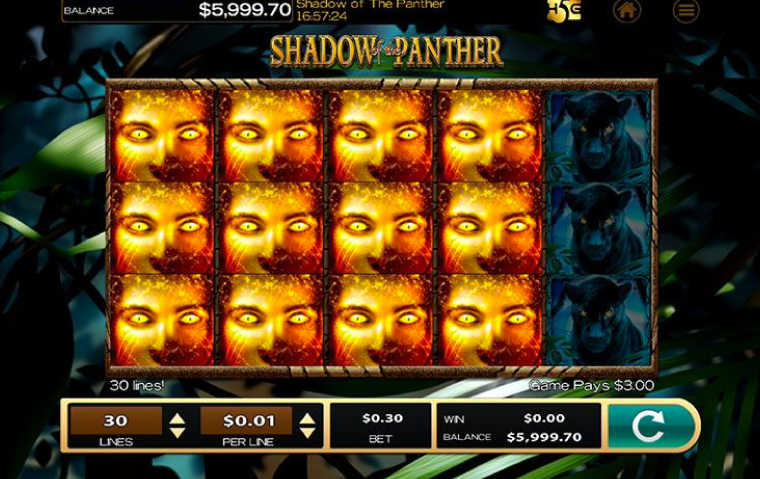 To play Shadow of the Panther slot, you just need to set your bet amount that ranges from a minimum of 0.01 to a maximum amount of 10.00 per payline. After that, just hit Spin and you can get going. You can adjust the parameters as often as you like to customise the game according to what you like.

To get to the main Shadow of the Panther slot bonus, keep a close eye on the Panther symbol. The symbol can give you up to 15 free games and it only appears on reels 2, 3, 4, or 5. The more the symbols on your reels, the more the number of free games.

Shadow of the Panther Review Summary

As mentioned in this Shadow of the Panther online slot review, Shadow of the Panther mobile slot has many features. But as many as they are, the sum is greater than its parts. split symbols give a bigger winning potential. Though the visuals aren’t that mind-blowing, the maximum payout of 1000x times your wager for a five-of-a-kind Wild score!